Looking Back as We Race Toward 10 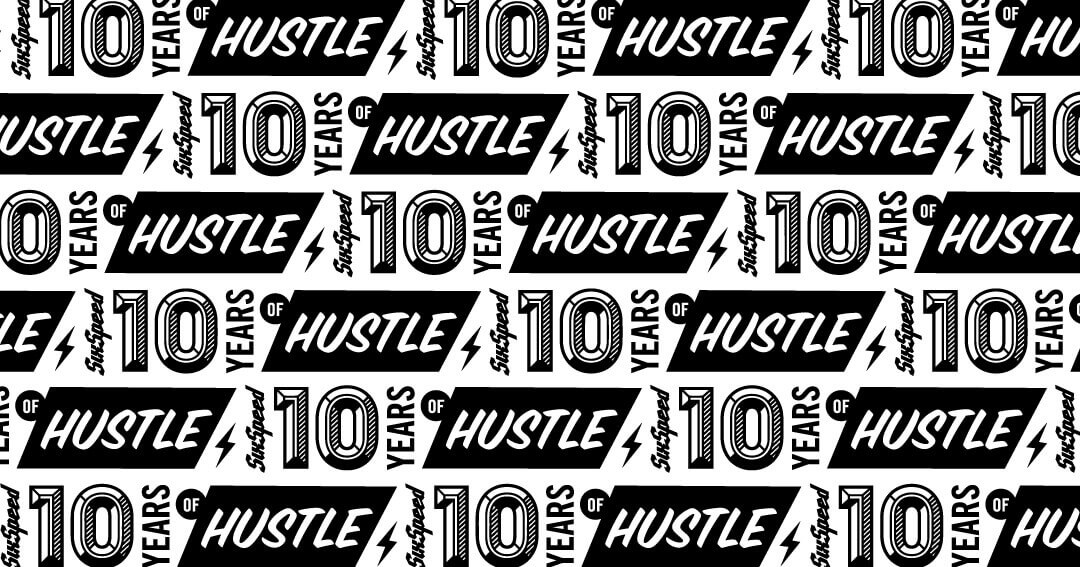 Park the car, shut it off. Step outside and you’ll see we work in an unassuming building. It’s whiteish, flat roof, mostly comprised of cinder blocks and there’s a big SixSpeed sign hanging off its side. It’s not pretty but it stays warm in the winter and cool in the summer. As our bones and barrier, it does the job.

When you walk through the front door—the one that reads, SixSpeed Main Entrance—it won’t take long to realize the spirit of the agency is inside. It’s everywhere. It’s in everything.

The music coming through the speakers changes by the day, sometimes minute, depending on who’s in charge. Ears be warned, you can expect an aural onslaught of Waylon Jennings and Cardi B in the same dozen minutes or so.

As your eyes engage the space, to the left you’ll see an entourage of people funneling out of a meeting, people still rapping about possible solutions, reflecting on one meeting before shifting mental gears for the next one. Look to the right and there’ll be a different crew hanging out on the couches exploring thoughts, ideas and strategy—striving for a smart point of view or an original phrase. The haphazard collection of computers, notebooks and coffee mugs in front of them is a mess but that’s okay. This is a messy business.

The come and go, hustle and shuffle has been a constant since we opened the doors in 2009. Back then we didn’t even have a nondescript building to call home, rather a small office in the back of a photo studio. Back then we didn’t have a speaker system or a beer fridge, 10 snack drawers or a wall of coffee mugs, but we believed in two important ideas that grounded us then and guided us to where we are today:

Ten years later, the spirit hasn’t changed. A decade removed from that photo studio we’re bigger and more sophisticated and when you look past the greater hustle (and caffeine intake), you’ll still notice that our people want to be here doing what they do. Because we like our gig and we like trying to be a force with the people we work with.

We’re an agency that encourages questions and conversations. But as time keeps passing, and hands keep popping up, one thing we are pretty darn sure of is this: If you believe you can make it bigger and better, you will. And there are people here who want to help you make that happen.

Ready to shift into high gear?